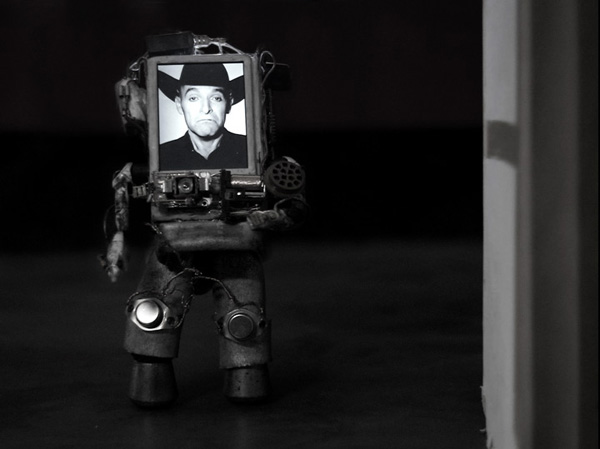 Stingray Sam is a delightful micro-budget black-and-white sci-fi western comedy musical (!) from the mind of cult director/musician Cory McAbee. It was initially released as a six-episode series via the Internet, but as a film, Stingray Sam plays like an old serial, with a black-clad space cowboy and his space cowboy sidekick chasing down an interplanetary kidnapper in a string of imaginative and often hilarious vignettes. The whole shebang is narrated by David Hyde Pierce, who manages to steal the movie every time he says, “Durango.” The music is great, too. Stingray Sam is easily available on most streaming video services.

A delicious horror treat that harkens back to the Creepshow anthology vibe of the 80’s!  Several interwoven tales of Halloween horror, and the most adorable nightmare ever, named Sam, roams through them all dragging his little bag behind.  Anna Paquin is the big name here, but there’s some satisfying scenery chewing by Brian Cox and Dylan Baker. Tahmoh Penikett also makes an appearance! If you like your horror satisfyingly bloody, but with a wink and a nod to the classic movie monsters, turn out the lights and turn on this gem!