Episode 15: I Am So Sorry, Mr. Ghost of John Ritter 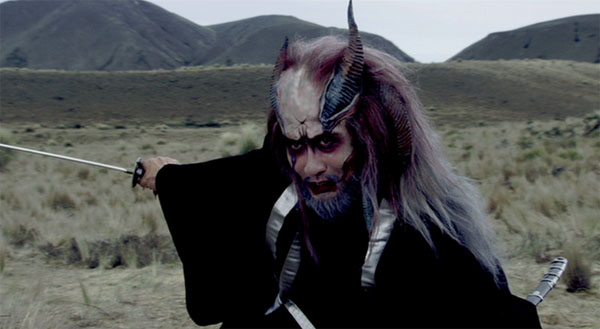 Melissa’s Pick of the Week: Dororo

Okay, let’s see if I can do this… This is a movie about a baby whose body parts were cut into 48 pieces and sold to 48 different demons, but his eyeless squirmy head and torso were taken in by a kind man who built him fake body parts (outfitted with swords, naturally) so the boy could grow up into a samurai who goes on a quest to slay all the demons and regain his body parts one by one. Oh, and there’s a woman who insists she’s a man who goes on this quest with the samurai. (Did I mention that this movie was Japanese?)

The film Dororo is based on a manga of the same name, and I hear there is also a video game (oh my). I’ve only seen the film, and I can tell you that the film is a hearty helping of entertaining weirdness. It’s also easily available on Netflix streaming right now. Get thee some popcorn!

So, I noticed that my latest picks for this category of “underappreciated” are all movies with a strong vein of tongue-in-cheek wit and a heavy dose of social satire.

Sandra Bullock stars in her breakout role – and she stood out immediately in this film! – as a young cop in the future where there hasn’t been a violent crime in at least a generation and “all restaurants are Taco Bell.”  The action is satisfying – it is Sly Stallone and Wesley Snipes, after all – but it’s the social commentary and satire that makes this a movie to add to your permanent collection.  Denis Leary also has a small, ranty part that is great.  A more subtle dystopian story than most, this is a movie that reminds us why “the nanny state” could be a very bad thing.