Episode 17: Our Hand Gestures Are Extraordinary

Melissa’s Pick of the Week: The Matador

The Matador asks the cinematic question, “What would James Bond really be like if an ordinary person just ran into him in a bar in Mexico City?” Even better than that: Greg Kinnear stars as The Ordinary Guy, and the enigmatic (and drunk) hit man he encounters is played by none other than Pierce Brosnan. Soon, the two men form an unlikely friendship, and hijinks ensue.

The Matador came out one year before the Bond franchise reboot, Casino Royale, and as such, it may be the best Bond farewell that Brosnan could have ever had. Even though The Matador really doesn’t really have anything at all to do with James Bond except for Brosnan, it gives Brosnan a delicious chance to self-parody and that is exactly what he does. This film lives and breathes under Brosnan’s presence; it’s a great tribute to his sly comic timing. 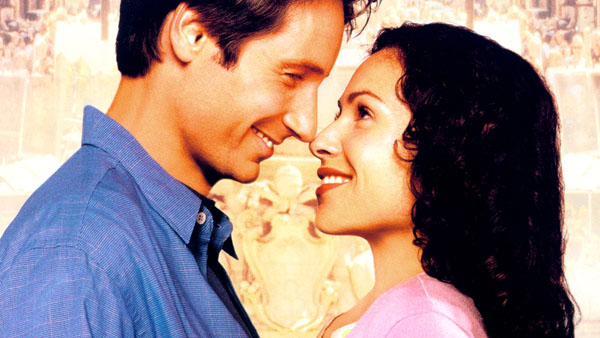 Windy’s Pick of the Week: Return to Me

This is a “comedy” whose central conflict centers around the death and organ donation of a beautiful young woman.  Her husband (David Duchovny) struggles to limp along after her death, but it isn’t until he meets waitress Minnie Driver that he comes back to life.  The complication?  Minnie is only alive because of a heart transplant… oh yeah, you know where she got that heart, right?

It’s a pretty tortured plot device, but that doesn’t take away from the great chemistry between Duchovny and Driver, or the delightful patter of the script.  There’s a screwball comedy sensibility to the dialogue, with a bit of slapstick thrown in for good measure.  It helps that you have Carol O’Connor, Robert Loggia, David Alan Grier, and Jim Belushi along for the ride.  Along with Bonnie Hunt – who wrote and directed as well!  I like my romantic comedies as light and fresh as a wedding butter-mint patty.