Melissa’s Pick of the Week: The Ipcress File

If you are unfamiliar with Michael Caine’s acting career during his younger days, you owe it to yourself to see the 1965 spy flick The Ipcress File. The film was made as a reaction to the high-fashion, sexy James Bond series, detailing the day-to-day life of a more realistic screen spy named Harry Palmer (played by Caine). Palmer lives in an apartment, deals with bureaucracy, and navigates departmental politics while he unravels a complicated plot involving the kidnapping of an esteemed scientist. The film is a slow burn, and you have to pay attention, but I assure you it’s worth the trip to get to the extraordinarily strange ending. Oh, and here’s some strange trivia: even though this film was a reaction to James Bond, it was produced by Harry Saltzman, who himself co-produced the Bond series through 1974. 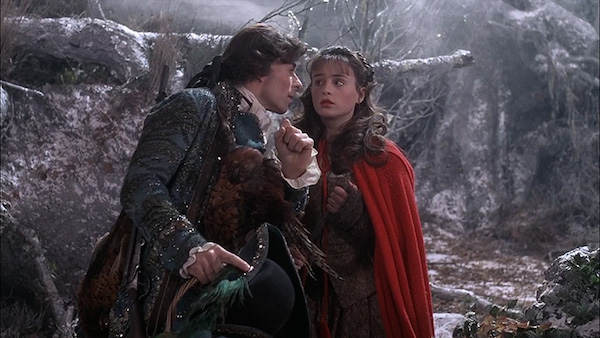 Windy’s Pick of the Week: The Company of Wolves

Angela Lansbury anchors this moody anthology piece about the loss of innocence and the awakening of sexuality. The central werewolf theme is played out in a variety of forms, and the movie feels more like a fever dream than a coherent story. But it sticks with you, and it definitely entertains. Besides, it offers the very valuable advice: “Never trust a man whose eyebrows grow together.”