Episode 37: Your Crazypants Are on Fire 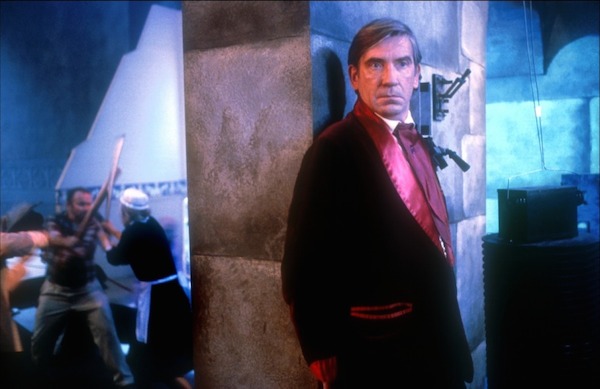 Melissa’s Pick of the Week: Waxwork and Waxwork II: Lost in Time

It is October, which means I have to remind people that Waxwork and Waxwork II exist. These two movies are far from perfect, but they both have flashes of delight and brilliance that are worth your time. The first film centers around a wax museum, where patrons of the museum go missing when they step into the tableaus and find themselves inside the action of the scene. The second film inexplicably involves a time portal. The brilliant part is that both films have a very episodic structure, where individual characters are thrown into vastly different environments… which means the filmmakers use those segments to parody other horror movies. The films also make great use of cameos, including folks like John Rhys Davies, Patrick Macnee, Bruce Campbell, Marina Sirtis, and David Carradine. Oh, and did I mention that David Warner is in the first film? And that Zach Galligan did something other than Gremlins? Yeah, check these two films out. They’re fun.

Windy’s Pick of the Week: The Spiral Staircase

Dorothy McGuire stars in this early and eerie serial killer movie (with Ethel Barrymore as the older woman she cares for!). Someone is targeting young women with disabilities, and Barrymore is worried about her young caretaker who is also a mute. Early but effective special effects showing you the killer’s viewpoint are quite creepy in this pleasant whodunit. A good choice for a chilly fall evening!