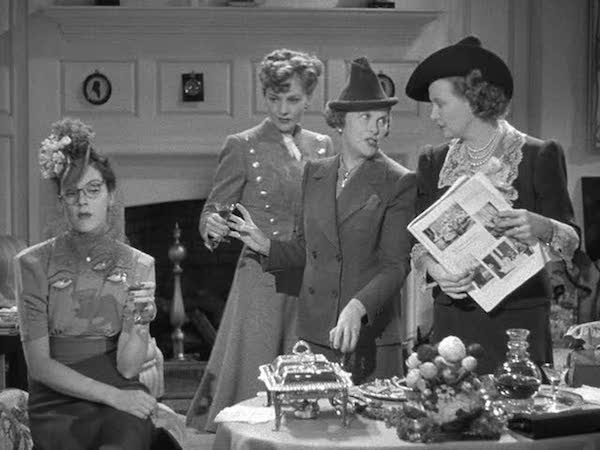 Melissa’s Pick of the Week: The Women

This week, I urge you to seek out a 1939 black-and-white film called The Women. Starring Norma Shearer and a whole slew of other lady stars of the era, The Women has no less than 130 speaking roles, and every one is held by a lady. (The byline on the poster is, “It’s all about Men!” though, so go figure.) The script is sharp, the dialogue is rapid-fire snark, and the whole thing culminates in an outré Technicolor fashion show. Fun!

I’ll let IMDB do a little of the work here:

By no means a great movie, this is such a delightful view of what the “future” used to be that you can’t help but smile your way through it. To make sure there is a commentary on how futuristic everything is, a man from the “past” is revived in the far far future of 1980 and marvels at all the wonders he sees. He should be marveling at the daffy musical numbers, and mid-air chats while sitting on the wings of airplanes in “parking” mode!

The movie is currently on YouTube, so there’s no excuse for missing out on this oddball little film.