Melissa’s Pick of the Week: The Guest

After a family loses a son to wartime, a fellow soldier shows up at the door, saying he was a friend of the dead son. The mother quickly ascertains that the friend has nowhere to stay and offers him lodging for a few days, during which he ingratiates himself to the family. However, something isn’t quite right, and the family’s teen daughter sets out to figure out what is going on.

The Guest is the latest film from Adam Wingard and Simon Barrett, the director/writer team who brought us the fantastic You’re Next. The Guest combines 1980s-flavor mystery-action with some sly comedy and a cast that is clearly enjoying what they do. Plus, the film stars Dan Stevens from Downton Abbey, being all steely-gazed. Enjoy! 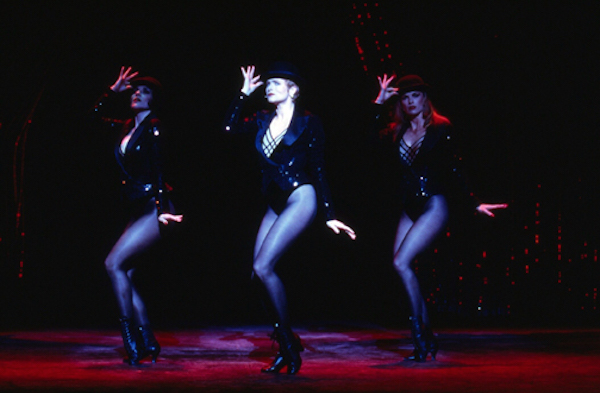 Windy’s Pick of the Week: Fosse

We just did an episode on Bob Fosse, so it seems appropriate to recommend to you the DVD recording of the stage production of the dance revue show Fosse. Ann Reinking, Fosse’s longtime lover and collaborator, was the creative force behind recreating Fosse’s best, most memorable choreography. Featured are his most well-known numbers like the Cell Lock Tango and Big Spender, but you’ll also be treated to rare recreations of pieces from Fosse’s dance revue Dancin’. If you love Fosse, you need to see this. And if you don’t love Fosse, this will jump-start your newest obsession. (Personal Favorites: Crunchy Granola Suite and Dancin’ Man.)