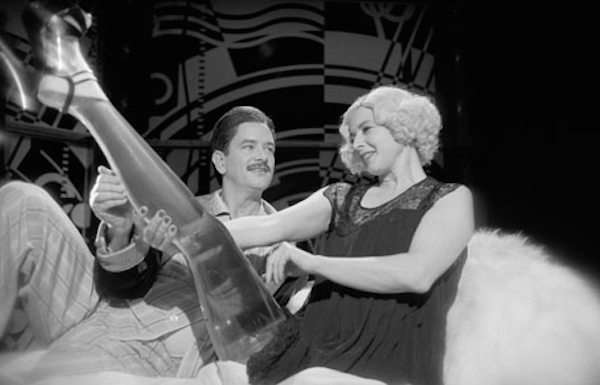 Melissa’s Pick of the Week: The Saddest Music in the World

Okay, bear with me on this one. The director of this film is the sort of director whose films get played in modern art museums (which is where I found him). But Guy Maddin’s avant garde proclivities are heavily dosed with a truly warped sense of humor (which is why I love him). The Saddest Music in the World is perhaps his best known movie, and one of my favorites. Filmed with the sensibilities found in early talkie films, this movie is a musical set in Depression era Winnipeg, where Isabella Rossellini plays a beer baroness who has staked a $25,000 bounty to find the saddest music in the world. As musicians compete onstage for the title, and the winners of each round get to plunge down a playground slide into a vat full of beer (!). Oh, and Mark McKinney from The Kids in the Hall is there (!!). And Isabella Rossellini’s character is an amputee, so she eventually winds up with glass legs. That get filled with beer (!!!). It’s delightfully weird, and if you like it, Guy Maddin has a whole goldmine of other bizarro films for you to enjoy. 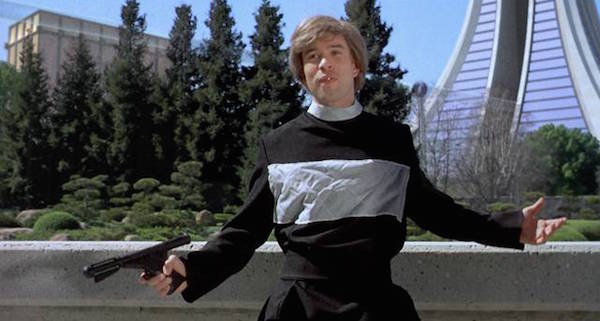 This 1998 movie has one of my favorite William Shatner performances. Robert and Mark are two 30-something movie producers (and die-hard Trek fans) trying to get their lives put together, when they chance upon William Shatner (playing “himself”) and strike up an unlikely friendship. Kirk has been their imaginary friend and advisor throughout their childhood, and now they must confront the reality of the man, as well as how their obsessions are affecting their adulthood. The script is surprisingly funny, Shatner is delightfully self-aware, and the central conflict resonates with any geek who has ever had to explain why scifi is awesome.