END_OF_DOCUMENT_TOKEN_TO_BE_REPLACED

Episode 65: The Ugly Polyester Carpet of the Soul 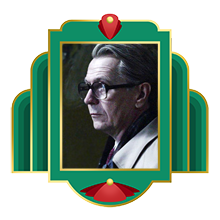 This week, dear listeners, we get literary with an in-depth discussion of Tinker Tailor Soldier Spy: the book, the BBC miniseries, and the 2011 film! And for our discussion, we are joined by the ever-erudite author Pat Harrigan!

If you have not read or seen any version of Tinker Tailor Soldier Spy, dear listeners, be wary: this episode is loaded with spoilers! We recommend all three versions of this tale, so please indulge in at least one of them prior to listening.

If you feel the need to fortify yourself with alcohol for this detailed exploration of very British things, we recommend a bottle of Cline Zinfandel, which did very nicely for us.