Tag: On a Clear Day You Can See Forever

Windy’s Pick of the Week: On a Clear Day You Can See Forever

This is a bizarre movie musical about reincarnation. Yes, reincarnation. Starring Barbra Streisand and Yves Montand – I know, right?? Barbra plays Daisy, a flibbertyjibbet who wishes to stop smoking before marrying her staid and upright fiance, Warren. She seeks out a psychologist who specializes in hypnosis therapy – and Daisy (who can hear phones before they ring) proves remarkably susceptible. While under hypnosis, Daisy reveals not just her own past, but past lives lived. And Dr. Marc finds himself irresistibly drawn to past-Daisy even as he finds current-Daisy to be a useless fool. Jack Nicholson shows up briefly as Daisy’s brother, too. An unconventional love story, with an unconventional ending – but the star power of Barbra (in her manic comic days), her glorious voice, and a surprising and entertaining script make this one too interesting to pass up. 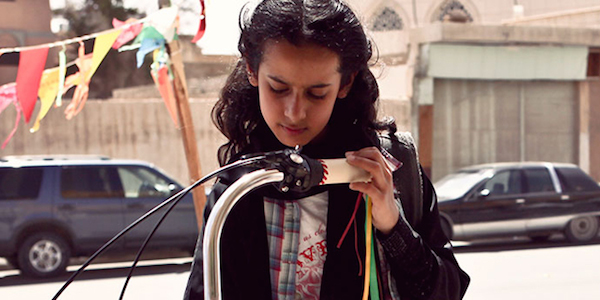 Melissa’s Pick of the Week: Wadjda

It’s a wonder that Wadjda exists. The first female filmmaker in Saudi Arabia, Haifaa Al-Mansour, had to direct this film from inside a van, because she could not be seen giving direction to her male film crew lest they be arrested for breaking the law. They also had to dodge the law because of the plot, wherein a headstrong 10-year-old Saudi girl desperately wants her own bike, a thing that is forbidden to women. For as depressing as all that sounds, Wadjda is a charming, smart, often hilarious film, starring a fantastic child actor (Waad Mohammed). It’s a movie about the cleverness and unwavering determination of childhood, which is truly universal.