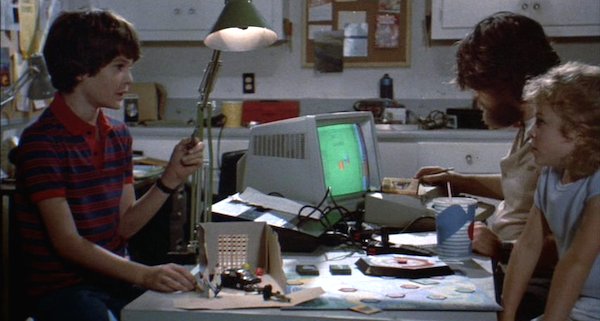 Another family friendly entry from the mid-80s – sort of The Goonies meets Gotcha (and there’s another movie to remind you about!). Child star Henry Thomas is the central character – a lonely, motherless child who loses himself in video games. Dabney Coleman plays his imaginary friend, the star of his spy game. When our young hero accidentally comes into possession of actual spy secrets, he must use everything he’s learned from the game, and the advice of his imaginary pal, to save the day. 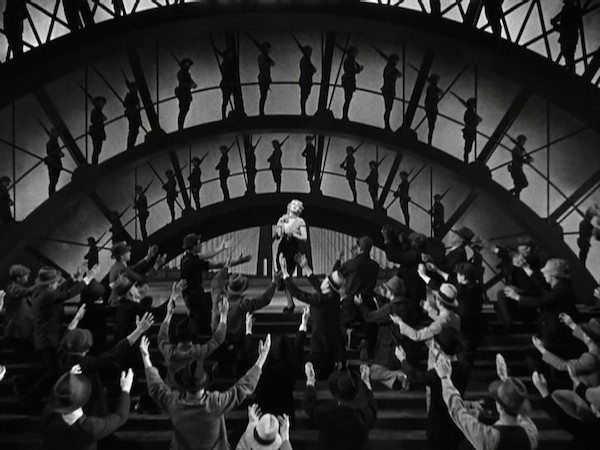 Melissa’s Pick of the Week: Gold Diggers of 1933

This film is one of the strangest musicals I have ever seen. On the surface, it looks like almost every other musical of its time: the “hey, let’s make a Broadway show!” plot, the dazzling Busby Berkeley dance numbers, and the occasional still-famous tune (namely, “We’re In the Money”). However, there is an underlying darkness to the movie called The Great Depression. While many musicals of this film’s time were an escape from the Depression, this one openly deals with it. The story begins with four actresses, who are struggling to pay rent. A show they have been rehearsing has shut down because it ran out of money. The lives of the people in the film are unglamorous. And while the bulk of the film’s running time is relentlessly upbeat, the final number takes a startling left turn into the Reality Zone that dropped my jaw to the floor when I first saw it. If you want to see what happens when Busby Berkeley gets socially conscious and turns to German Expressionism, this is the movie for you.