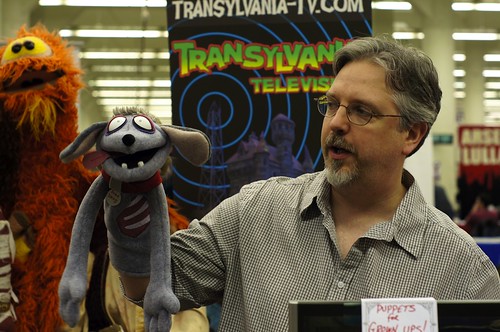 Gordon Smuder, in his element.

This week, dear listeners, we are joined by professional puppeteer Gordon Smuder for an episode all about PUPPET MOVIES! And, because we like a challenge, we have decided to discuss only non-Henson puppets, so no Muppets allowed! (Don’t worry, we still love Muppets — it’s just that everyone knows about Muppets already, right?) So bring your ventriloquist dummies and magic talking flutes and have a listen!

This week is an even-numbered episode, too, so Windy and Melissa are extra-sauced for this puppetry discussion. If you would like to drink along, we suggest Red Guitar Old Vine Temperanillo-Garnacha, which is what you hear being poured generously throughout the episode. Alternately, if you are a sober driver like Gordon, we suggest a mixture of fizzy mineral water and your juice of choice. It’s delicious, and you get to sound extra smart next to the silly drunk ladies. 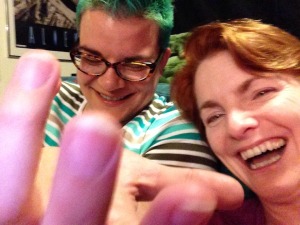 During the episode, we mention a Mystery Science Theater 3000 outtake. The relevant item starts at 0:12 in this video: