Episode 38: I’ve Got No Quarrel with a Bomb

Melissa’s Pick of the Week: Lifeforce

Lifeforce a glossy mid-1980s outer space sci-fi vampire sex invasion film that erupted out of the infamous Cannon Films studios at the apex of their heyday. It’s like everything that was right and wrong about mid-80s sci-fi fare got packed into a single, sprawling, kinda insane film that managed to find an excuse to have a woman walk around buck naked for most of the movie’s running time. Bonus: a younger (and yet still bald) Patrick Stewart appears midway through. Superbonus: this film contains a sweeping score by none other than the great Henri Mancini. You have to see this thing to believe it. 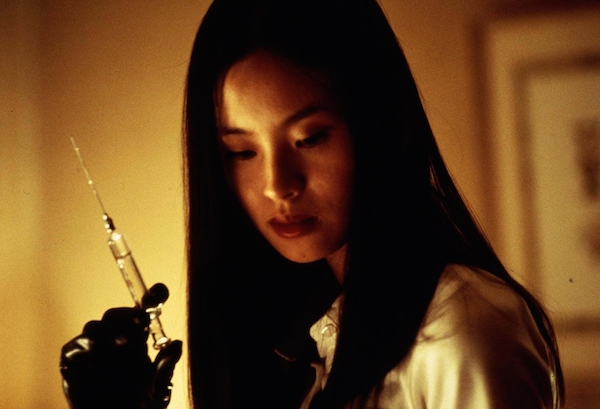 Windy’s Pick of the Week: Audition

I recommend this movie even though I have no intention of ever watching it again. It’s the kind of movie that really sticks with you. Audition is a Japanese film about a widower seeking to get back out into the world and hopefully make a fresh start with a new love. A friend comes up with a perfect dating-screening ploy: A movie audition with a call for a specific type of young female. What could go wrong? At the audition, our protagonist Shigeharu Aoyama (played by Ryo Ishibashi) spies a lovely young woman and pursues her. Warning signals pop up – but who can deny true love?