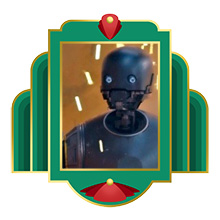 Finally, dear listeners, it’s a new year, and we have a Star Wars movie to talk about: Rogue One! (Yes, here be spoilers!)

If you would like to drink along, we suggest either Two Gingers whiskey (which isn’t Irish) or Bauhaus Brew Labs’ Wonderstuff (also not Irish).