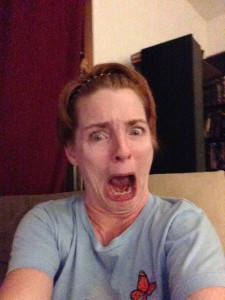 Actual photo of Windy, taken while recording this episode.

This week, we are joined by erudite comedian Kelvin Hatle as we unravel our feelings about “probematic media”: movies and shows that are great except for that ooooooone super offensive part. We go a little long on this one and hit upon some not-very-nice subjects, so buckle up with a bottle of Penascal Temperanillo or The Gaucho Club Oak Cask Malbec… because we certainly did!

If we make your blood pressure rise too much with this week’s episode, we apologize and offer How Animals Eat Their Food as a palliative measure.

Movies mentioned:
Breakfast at Tiffany’s
They Died with Their Boots On
De-Lovely
Night and Day
The General
Birth of a Nation
Song of the South
Game of Thrones (TV)
Cabin in the Sky
Wonder Bar (which actually wasn’t pre-Hays, like we say on the show)
Cole Black and the Sebben Dwarfs
Showboat
Porgy and Bess (stage)
Peter Pan
Annie Get Your Gun
The Searchers
Thoroughly Modern Millie
You Only Live Twice
From Russia with Love
Marnie
Miss Sadie Thompson
Hunchback of Notre Dame
The Descent
Evil Dead
Galaxy of Terror (a movie we discuss, but whose title we never actually mention)
Repulsion
Rosemary’s Baby
Purple Rose of Cairo
Zelig
Hannah and Her Sisters
Mighty Aphrodite
Apocalypto
Braveheart
Passion of the Christ