Alright, I’m not sure this is “underappreciated” but I’m gonna go with it. See, this movie is a bit of an open secret among my social circle, so not one of my friends would agree that it is “underappreciated.” However, it would be easy to be unaware of this delightful little entry into 80’s young adult adventure films. There are a lot of familiar faces in the movie (the most recognizably awesome being Duncan Regehr as Dracula), and the script is warm and likable – with some great quotes. Anyone who ever sat around with their friends playing “who would win in a fight?” will have an affinity for this film. A solid addition to the classic Universal monster movie canon. 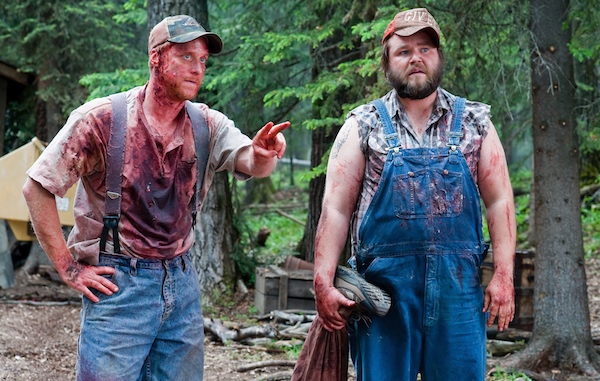 Melissa’s Pick of the Week: Tucker & Dale vs. Evil

I am a big fan of horror comedies, and this is one of the best one to appear in recent years. Like Cabin in the Woods (which is also great), Tucker & Dale vs. Evil is a loving ode to the horror genre while also lampooning a thousand horror tropes. Tucker & Dale has a lighter touch than Cabin, though, so it might be more appealing to folks averse to the horror genre. It also has the hilarious Alan Tudyk as Tucker, a bumbling redneck mistaken as a Deliverance-style teenager-killer. (The rest of the cast is fun, too, but Tudyk is a scene-stealer in every movie.) This low-budget treat is easily found on streaming providers these days, so give it a look!