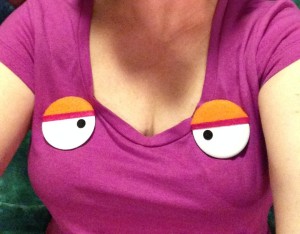 Windy’s chest is also a creature.

Good tidings, dear listeners! This week, we are joined by Jennifer Menken of the Bell Museum of Natural History for an episode all about movie critters! That’s right, we’re bringing SCIENCE to creature features!

SCIENCE also brought us the tasty Protocolo 2011 Tempranillo that we drank while recording this episode. Please feel free to sip along!

Now, before we go to the show notes, we have a couple of corrections for this episode:

Here’s a link to the video of Sigourney Weaver actually making that basket:
https://www.youtube.com/watch?v=wjTWN7SMLkU

Sadly, the Dark Crystal “Director’s Cut” has been taken down, per the Jim Henson Company. However, here’s a good interview with the creator of the video, which describes what he set out to do:
http://mentalfloss.com/article/54077/watch-restored-original-cut-dark-crystal