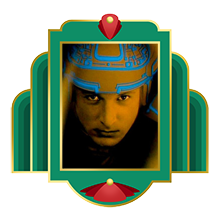 This week, dear listeners, we are joined by Rob Callahan and Chris Bowlsby for an episode about game movies! Movies about video games, movies about board games, movies that feature games heavily… all are fodder for this episode! Or, rather, we intended to cover such a broad swath, but we somehow managed to never really escape the 1980s.

We blame the scattershot nature of this episode on Cupcake Vineyards Red Velvet, Trader Joe’s Grand Reserve Cabernet Sauvignon, and Yellowtail Malbec, all of which contributed the steady decline in our focus and moral fortitude.

Once again, we apologize for the sound quality of the episode. We discovered many weeks later that, among other issues, our audio program wasn’t actually recording through our nice microphone; instead, it was recording through the computer’s built-in microphone. There are about three more episodes in our backlog with the same issue. (Argh.) But after that, our audio should improve remarkably! (Yay!)