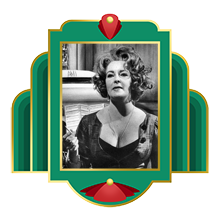 Playmobil for The Witch:
http://www.millionaireplayboy.com/mpb/index.php/the-vvitch-playset-by-playnnobil/