This week’s episode, dear listeners, is the second half of our John Carpenter discussion! And, of course, returning from last week is Master of Carpentry, Noel Thingvall!

As you can probably tell from our diction during this episode, Melissa and Windy had a whole litany of drinks coursing through their veins while recording. If you care to join in, Fox Barrel Pear Cider and Great Lakes Brewing Company Burning River beer are recommended.

END_OF_DOCUMENT_TOKEN_TO_BE_REPLACED 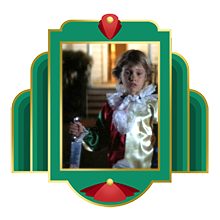 This week, dear listeners, we bring you the first half of an epic podcasting session about horror director John Carpenter! And joining us for our discussion is John Carpenter expert and returning Pleasure Dome guest, Noel Thingvall!

If you get thirsty while listening to our discussion of Carpenter’s early career, we recommend Fox Barrel Pear Cider. Or, if you are beer inclined, Great Lakes Brewing Company Burning River. Or if you are one of those teetotalers, Juicy Juice Fruit Punch. (It has energy and stuff!)

And if you are dying to see Noel’s animated .gifs of Henry Morgan dancing, here you go.