Episode 98: So Many Carbs for Your Joy

This episode was recorded waaay back in October, so we’re extra excited to bring this one to you this week. It kept getting bumped out because of various reasons (i.e., “Noel did a two-part episode again”, “we probably shouldn’t post an episode about war movies on Christmas”, etc.), but now it is live in the world, and you can reminisce about the days when Melissa could still have a beer! (Or at least Melissa can reminisce about beer.)

Oh, and here’s the photo that is mentioned in the episode:

END_OF_DOCUMENT_TOKEN_TO_BE_REPLACED

Episode 83: Nobody Wants That Much Dostoyevsky: Part 2 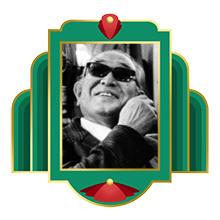 This week, we’re back with Noel Thingvall, and we complete our Akira Kurosawa two-episode extravaganza! (If you did not catch Part One, you can catch it here!)

If you would like to drink along, grab a bottle of Avalon Cabernet Sauvignon. Or perhaps Apothic Red. Just don’t drink too much, lest you start snoring like Windy.