Episode 82: Nobody Wants That Much Dostoyevsky: Part 1 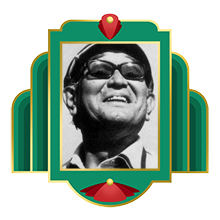 We return triumphant, dear listeners, with the first part of a massive two-part episode about Akira Kurosawa! That’s right! Strap on your oversized samurai sword and keep track of your gun, because we’re going to get into the nitty gritty of Kurosawa’s career.

For this epic undertaking, we are joined once again by movie ubernerd and fellow podcaster, Noel Thingvall!

If you would like to drink along, we recommend either Avalon Cabernet Sauvignon or Apothic Red, because they both start with A (for Akira!) and because they are tasty. Or, if you are the non-drinking sort, try Cherry Pomegranate Super Chill Ice, which is what Noel was drinking for this event.

Movies mentioned:
Horse
Sanshiro Sugata
Sanshiro Sugata Part II
The Most Beautiful
The Men Who Tread on the Tiger’s Tail
Those Who Make Tomorrow
No Regrets for Our Youth
One Wonderful Sunday
Snow Trail
Drunken Angel
The Quiet Duel
Ghosts (play)
Stray Dog
Scandal
Rashomon
The Idiot
Ikiru
Hara Kiri
Seven Samurai
The Magnificent Seven
It Could Happen to You
I Live in Fear
Godzilla
Macbeth (play)
Throne of Blood
Sleep No More (play)
The Lower Depths
The Hidden Fortress

Noel’s blog, where he wrote about all of Kurosawa’s films
http://noelct.blogspot.com/

A baffling trailer for The Magnificent Seven
https://www.youtube.com/watch?v=bG-ZxrG7htU