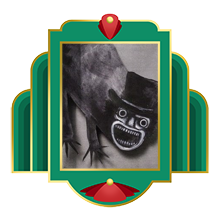 This week, dear listeners, we bring you an episode about The Babadook, and boy do we have a lot to say about it!

If you would like to drink along, we recommend Surly Brewing’s Todd the Axe Man IPA (Melissa’s pick) or Yellowtail Cabernet Shiraz (Windy’s pick).