Episode 89: I Believe in Dhoom

This week, dear listeners, Windy and Melissa bring you their favorite Bollywood movies! Well, Bollywood and other films from India. But mostly Bollywood. And mostly Shahrukh Khan movies. Seriously, there’s a lot of Shahrukh Khan talk in this episode. Anyway, you’ll enjoy hearing us make egregious geographical and pronunciation errors.

If you would like to drink along, we suggest either Bogle Essential Red (if you’re into wine) or New Glarus’ Staghorn Octoberfest (if you’re into beer and have access to Wisconsin).

END_OF_DOCUMENT_TOKEN_TO_BE_REPLACED

Melissa’s Pick of the Week: Sholay

This Hindi film from 1975 is perhaps best described as what happens when Bollywood wants to make a Sergio Leone western. It’s also a musical, a comedy, a family film, and an allegory. While this film isn’t heard about much in the U.S. (and is even difficult to find on DVD), it is often cited as one of the greatest films of all time in India. It is also one of the highest grossing films ever in its home country (it was even shown in one theater continuously for five years). As such, it is the wellspring of many cinema traditions that you still see today in modern Indian films. The reason that Sholay is all these things is that it is an enormously entertaining movie. Definitely worth tracking down. 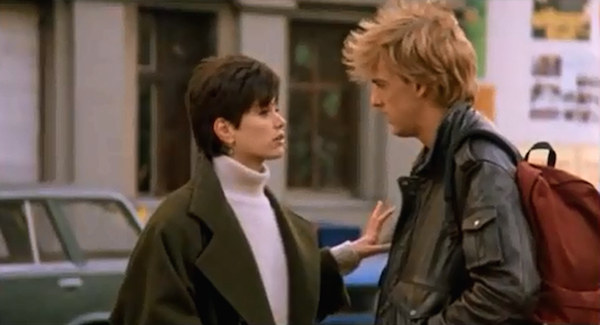 Windy’s Pick of the Week: Gotcha!

Do we all remember Gotcha!? Anthony Edwards (after Revenge of the Nerds, and before Top Gun… or E.R.) is his everyman-adorkable self as a college student going on a European trip. A chance encounter with a lovely and exotic Linda Fiorentino soon entangles him in Cold War-era espionage. Good thing he was super good at that stalking paintball game on campus!