END_OF_DOCUMENT_TOKEN_TO_BE_REPLACED

Episode 46: Let’s Punch Each Other and Become Friends 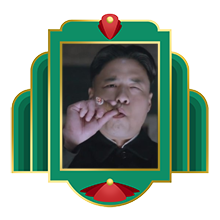 Happy holidays, dear listeners! Our gift to you this year is an extra-long and exuberant episode about our experiences at Butt-Numb-a-Thon 2014! We are also pleased to welcome back our guest star, awesome artist and fellow BNATer Meghan Murphy!

If you would like to drink along, we suggest a delicious milkshake made with (512) Pecan Porter and topped with whipped cream and pecans. If you don’t live in Texas and don’t have that delightful beer handy, feel free to spike that egg nog you have in your fridge.